On a hot Sunday I have joined a couple of cycling enthusiasts to cover an imperial century in the vicinity of canton Zurich:

I have not ridden a road bike for about a year. This was the first serious ride for the bike I had picked up on a sale last year: 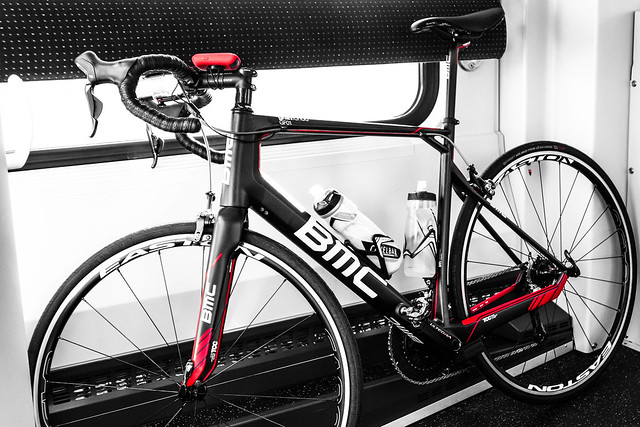 It is equipped with one of those fancy Di2 drive-trains which I “hacked” to extend the standard 10-speed casette to a 11-speed one.

The ride went much smoother and faster than I expected. I forgot just how much difference there is between a mountain bike and a road bike. Keeping a speed of 25-30kmh on flats is so much less effort than my trusted Salsa Fargo.

There is definitely less comfort on this bike. I could ride my Fargo for 300km per day and feel no pain or discomfort. My hands were definitely tired after a day of riding on the road bike. I couldn’t imagine going on a tour on a bike like this.

A scenic view from a hill nearby Wetzikon: 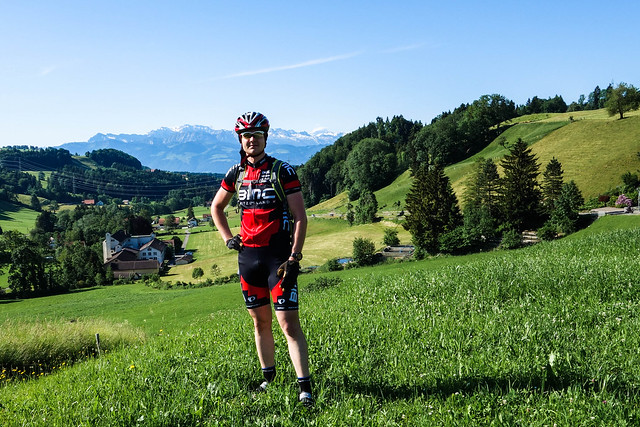