“I FUCKING DID IT” keeps resonating in my head as I am crossing the finish line. I can already feel latent excruciating pain (amplified by an adrenaline-fueled last half-mile sprint) slowly setting in. Few minutes later I won’t be able to walk but at this glorious energizing moment I feel that my whole life is coming together.*

That’s how successfully finishing a half-marathon felt to me. 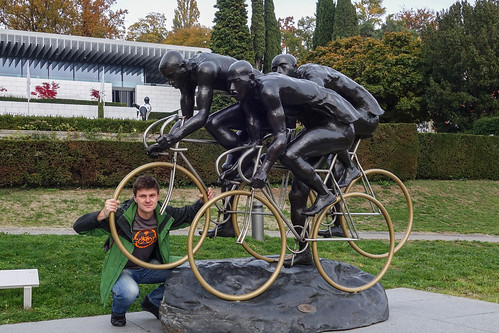 In addition, I hereby completely reverse my opinion of life goals. I used to believe that goals are a sick abomination propagated by clouded minds of semi-religious self-improvement cults. I had my reasons. For one, I couldn’t see what’s one supposed to do when goals are fulfilled. And most importantly, I couldn’t come up with any (…that I didn’t abandon few days/weeks later).

Well, on a sunny day roughly 11 weeks ago I was walking past an advertisement billboard for an upcoming marathon. My mind was clear of stress and worry, thanks to the elapsed three months of sabbatical. Right there, on the spot, I have decided to run it.

While I’m generally fit and sportive I had never run before. Hell, I have always despised running and especially all kinds of competitive events. I used to repeat a cliché: “running is wasted time that could otherwise be spent cycling”. Successfully finishing a difficult undertaking like that couldn’t be achieved in an instant and there was no way to cheat. The instant gratification was out. I knew it was a long path that required disciplined training.

For the next 10 weeks I adopted a simple training program with 4 runs per week (basically, one of the first results in web search). The distances increased progressively until they winded down few weeks before the race. My first training run was 5km long. I could barely finish it. Thoughts were storming through my mind: “how am I supposed to run 21km if 5km is already so difficult”. That was my first lesson: don’t think about the goal and instead focus on the current step. Every time I trained I focused on finishing just that training, nothing else. Miraculously, I haven’t given up once and completed every single training run.

Time went by and the d-day approached. While my mind was calm my body was having some doubts. I could feel an increased heart rate during the days leading to the race. The race took place in Lausanne, French part of Switzerland. The vibe at such events is extremely positive and supportive with both, runners and bystanders, cheering for you. 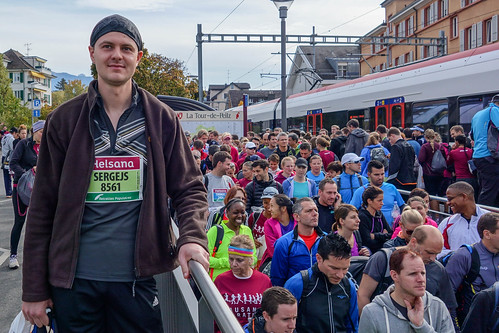 The first two thirds of the race went steady. I maintaned a sustainable pace by regularly double-checking my speed on a sports watch. I followed my breath, movements and hydration. Not much else was going through my mind. It was systematic and joyful. In fact, I smiled a lot. 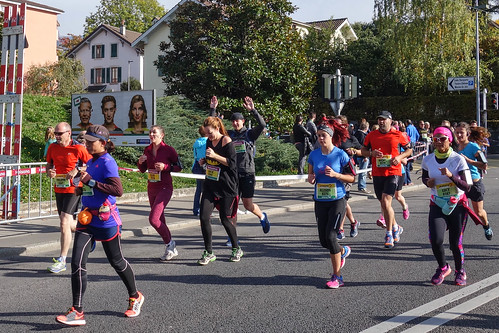 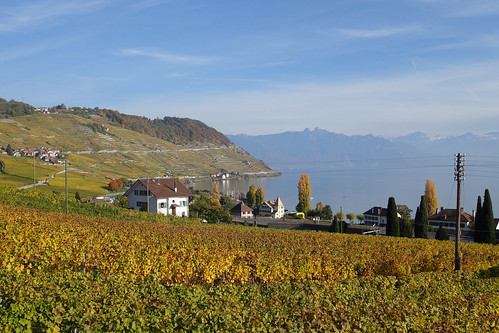 On the 14th kilometer something happened to my left leg. I felt pain in the quad muscle area and began to slow down. The pain was so strong I had to change the way I ran to a very inefficient one. While I lost a minute or more on every kilometer I couldn’t imagine facing the intense pain for the last 7 or so kilometers. Even with the new foot strike the pain slowly built up and intensified. I realized that if I stop just for a moment it would be the end of the race. Most likely the legs would swell and I wouldn’t resume. So I kept on. Inefficient, painful but persistent. As I got closer to the finish line cheering crowds and music electrified me. Despite the pain I ran faster and faster, approaching a sprinting pace. The joy culminated as I crossed the line. The emotional spike came so strongly to me that I wanted to cry. 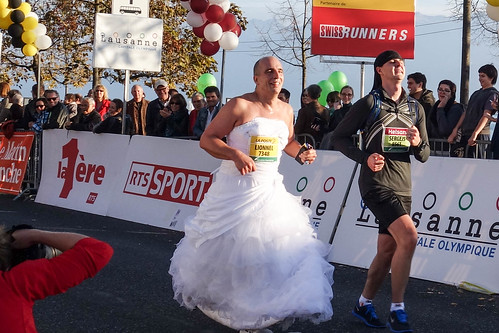 I don’t know what exactly happened to my legs. Almost a week later I am still limping but the pain has mostly subsided. I trained carefully and had plenty of long distance runs. I had sufficient nutrition and hydration. I suppose nobody is exempted from risk at such endurance events, even with the best preparation. Once the pain is fully absent I’ll surely be back with new goals in mind.

The experience taught a me a couple of invaluable new lessons as well as cemented a few old ones. Like never before, I believe that lessons from sports are relevant to other areas of life.

First, I came to realize that it’s important to strive for the difficult and challenging things. It became immediately obvious to me that in the last couple of years I haven’t dreamed big enough and settled for things that were easy to imagine. I tended to favor problems for which I already had an idea in my mind. Half-marathon seemed initially impossible to me which made it a clear practical example of what scale of problems to go after. When something seems almost impossible it’s worth going after!

Second, as I had already admitted in the opening, I understood the value of setting life goals. It does not matter what kind of goals to choose initially, as long as they are non-trivial. As life generally doesn’t have meaning any arbitrary goal might get one going. The success in one area will prepare you for unrelated challenges. Competitive sports offer a great training opportunity.

Third, there’s nothing confusing about what to do when goals are complete. In fact, the finite lifespan of goals is very motivating and energizing. Pain and hardship don’t last forever. Once you complete the goal it’s over. Enjoy the moment and have some rest. Then, choose and go after a new goal!

Finally, when it’s too hard to come up with any good meaningful goals it might be a sign that you are purposefully ignoring and supressing your true interests. At least I found myself in such a situation. All the goals I was coming up with ignored my most prominent ambitions and genuine interests. It was hard to face the reality and acknowledge the potential price to pay. That’s how comfort zones shrink. It’s a slow but sure way to die inside.

Training for and then running a (half)-marathon is potentially a life changing experience but only when the success comes hard and the mind is fertile and open. It didn’t come easy to me and I can’t appreciate enough everything I have learned and realized.

I am also indebted for the success of my first race to my beloved wife. Without your support and understanding nothing would come out of it. You have a 20% stake in this achievement!