I’m steadily increasing my coverage of Swiss landscapes by cycling through its most distinct features and national cycling routes. Last week I took Friday off and went on a 2-day adventure up a few iconic mountain passes.

The summer days have run out and the possibilities to ride bikes shrink with each passing moment. Winter will soon take over the alpine roads with snow and ice. To make the most of the weather I keep an eye on the radar and seize any chance to ride. I’ve seen Furka, Grimsel and Brunig passes plenty of times before but never on a bicycle. It’s a pity because a bicycle is the best means to take in the beauty and scenery. Cars and motorcycles are just too fast. Walking, on the other hand, is too slow and unpleasant on tarmac roads. 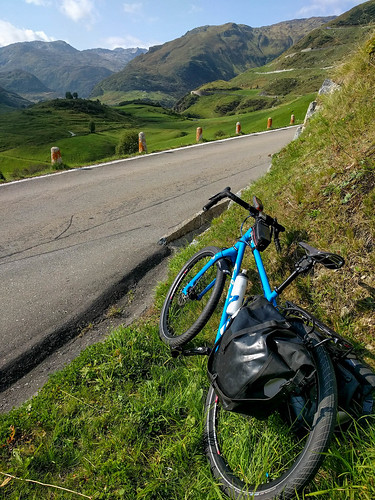 I came up with a route that is loosely based on the national route #9. I’ve cycled the second part of the route before so I modified the route to go home instead. I’ve also added Furka pass to challenge myself a bit. At the same time I wanted to have a good time and not a sufferfest so I limited the distance to roughly 90km per day. With plenty of ascent it turned out to be just the right amount.

The weather on the first day was gorgeous: clear skies throughout the day. I have started the journey in Andermatt. For the first time I’ve used SBB’s service to send the bike by train in advance. I collected my bike at 09:00 at the train station in Andermatt. That way I didn’t need to move the bike between train connections or worry about insufficient bike space on the leg. The outward journey was really relaxed and peaceful. I was worried a bit about possible damage to the bike so I carefully bubble wrapped the frame. Unfortunately, SBB damaged the freshly installed bar tape. I should have wrapped that too. I feel I wouldn’t feel safe sending my carbon racing bike but I’ll use the service for my touring bike again. 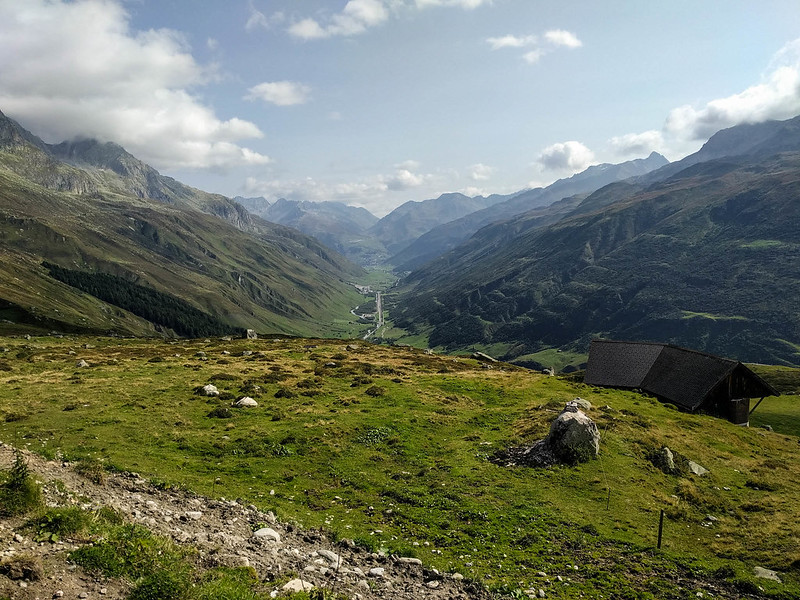 Getting clothed right is not easy in a mountainous landscape. The temperature has jumped between 9C and 25C. Occasionally, there was a cold wind. With heavy sweat action on ascents and cool-downs on descents it’s not easy to dress correctly. Fortunately, I’ve had all the right layers to combine to feel comfortable. I had to change clothes relatively often but I didn’t catch a cold. I feel the cycling kit I’ve collected over the years prepares me for almost anything. I also packed just the right amount of stuff and used almost every piece. 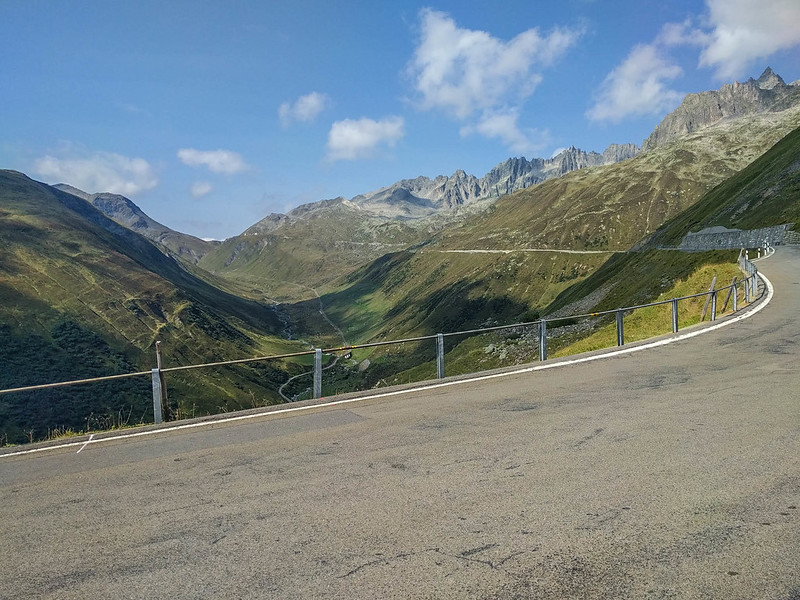 As usual, I took it easy on the climbs and maintained a steady but sustainable piece. For the first time, I’ve taken a power meter with me on a touring ride. Few months ago I’ve exchanged a crankset based power meter to a pedal based on. That allows me to take it with me on every bike I have. The power meter was useful to me to gain a better understanding of how I ride on the touring routes. Normally, I use the tech exclusively for training rides on my racing bike. 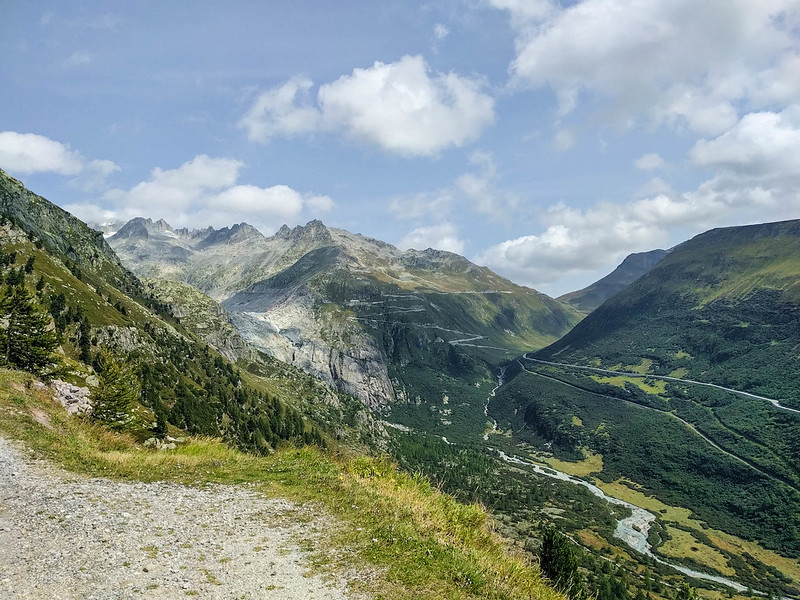 I didn’t have much time to plan this tour but I made the best of what I had. Between all planning and packing I’ve spent maybe no more than 4 hours. I’m going through a relative time scarcity at the moment but it helps me reassess what I’m doing and become more efficient at some things that used to take forever for no good reason. I find that tour planning easily falls victim to analysis paralysis and indecisiveness. 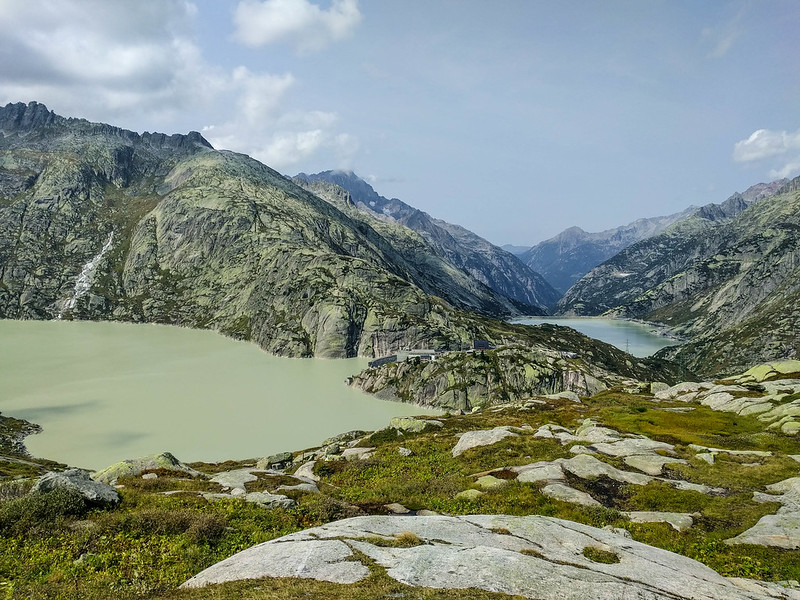 I wasn’t so fortunate with the weather on the second day. It started raining from the start and it got only worse. I had the waterproof stuff and was virtually dry inside but on the outside I was dripping water everywhere. Because of the miserable weather I’ve taken no pictures that day. Still, it was great that the planned route arrived home and I didn’t need to take a train with the bike.

I don’t consider myself a “cycling freak”, or a cyclist even. At best, I find that cycling is the activity I resist the least. But even with such an attitude many bike rides are ruined by impatience and chaotic thoughts. The worst is when I start looking at the remaining distance and time. This happens surprisingly often, regardless if it’s a day ride or a week long tour. Yet this tour was completely devoid of worry. Instead, it was a peaceful experience through and through. Getting the difficulty right is part of the reason and I feel I’m getting pretty good at planning. Next time I’ll share how I’ve went with my good friend John on a tour in France from Lyon to Camaragues to Cannes in July. I’m also holding my breath for one more alpine tour in 2017…