Another year, another Rigimarsch! Last year I’ve participated in an annual night hike up to the Rigi mountain. It was a tough yet exhilerating experience. This year I’ve repeated the challenge together with John. 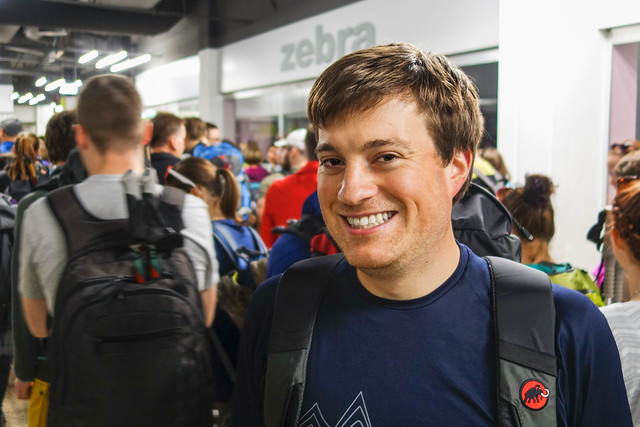 The route was the same as always: 50 or so kilometers with a 1500m ascent in the last 10 kilometeres. However, the hike felt refreshingly different.

View our GPS track on Strava

For me personally the hike was a test for the healing Tibia bone that fractured during last year’s half-marathon in Lausanne (I ran 1⁄3 of the marathon with a fractured bone).

According to the official information a record 2363 people turned up for the event. Despite the crowd the registration went smoothly. We started walking at around 20:00. 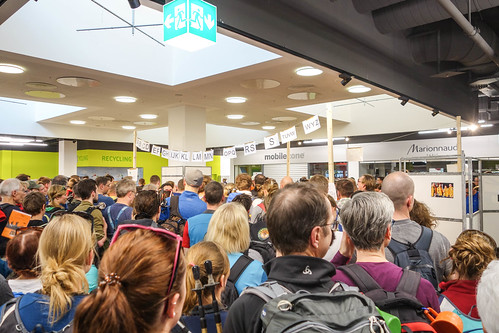 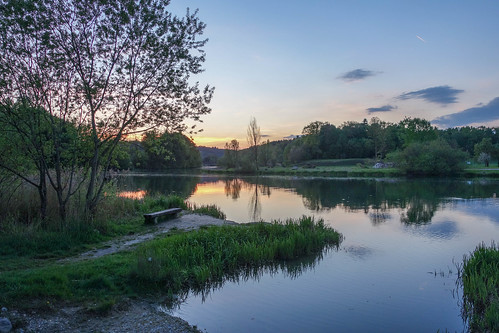 The Rigi mountain. It is intimidating to see the peak far ahead throughout the hike: 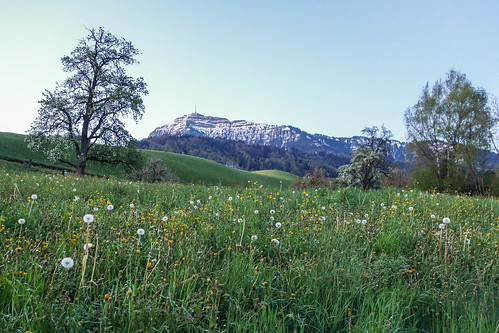 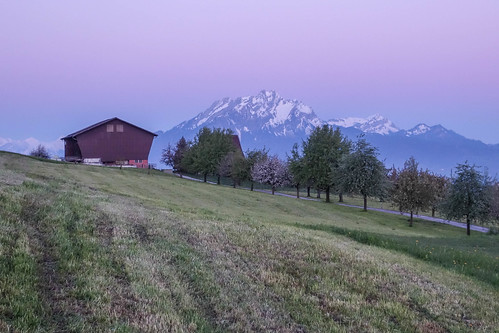 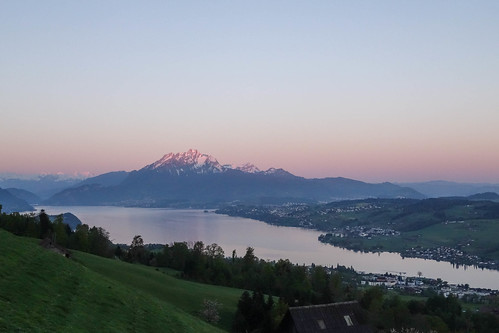 This year’s Rigimarsch took place on May 4th which is relatively early, compared to previous and future years. The event date is tied to Ascension day. Thanks to the early start there was plenty of snow at the top and the night temperatures were quite cool. I wore every piece of clothing I brought along. 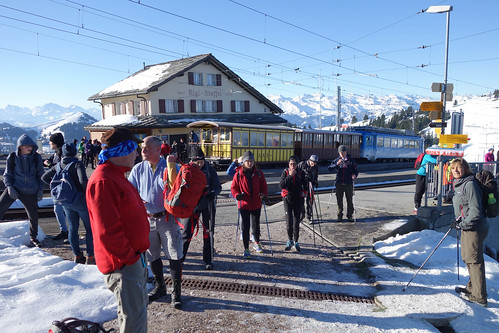 I felt energized and positive even in the last hours of the challenge. This is a huge departure from last year’s impression. I still vividly recall just how difficult last few hours were. I think several factors are at play. First, I’m in much better physical shape for aerobic activities because I switched from weight lifting to triathlon. Second, we brought trekking poles with us for the ascent. Finally, I came to the hike completely rested and fresh. 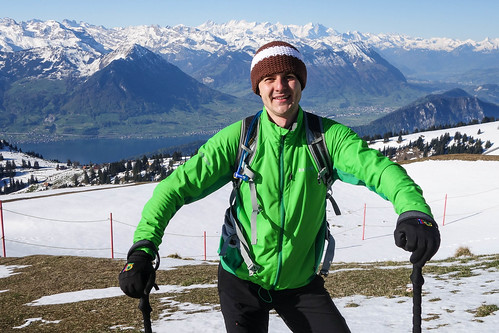 John is still smiling at the top, that’s the way to do it: 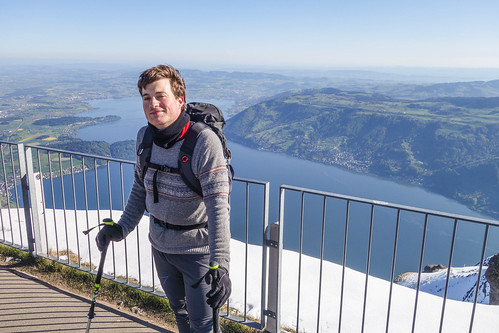 Return train from Rigi to Arth-Goldau. There were enough places in the train for everyone to take a seat: 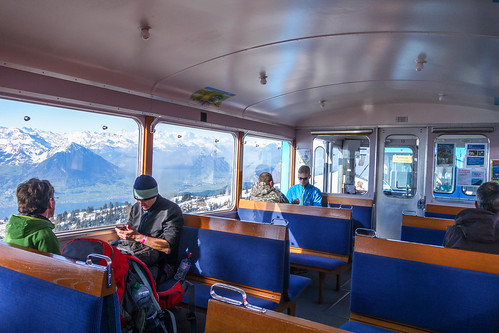 The hike took us about 12 hours to complete which is almost the same as last year. However, our moving time is a whole hour shorter which means we walked measurably faster but took longer breaks.